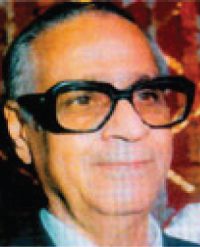 ‘The Spark has gone, the Beacon will Remain’

Srinivas Thiruvengada Chary or S T Chary as he was popularly called devoted more than 40 years to a mission, which began with the launch of Electrical India, India’s oldest magazine on the power industry, in 1961.

The mission was not a bed of roses. For a man who left his native village of Kumbakonam in the interiors of Tamil Nadu at the age of 16 with Rs. 14 in his pocket but with a fire in his belly! This fire burnt brightly against all adversities. He started his journey from Kumbakonam and landed in verdant Lineal, where he founded himself a job of connecting the railway bogies to the engines. It fetched him Rs. 3. A chance meeting at the Lonavala railway platform with a Tamilian freedom movement leader who was on his way to Bombay gave him a dream to pursue mightier goals for himself and for those who crossed his path. He moved to Bombay- to the hub of the south India of the west, Matunga as a paying guest for twenty years.

During these years he threw himself in the fervor of the freedom movement. The glitter and bright lights of Bombay egged him on to relentlessly pursue the path of self enrichment. He secured himself a job with the Naval Accounts. Armed with only a matriculate grade, his thirst for knowledge led him to join college at the age of 36 while he was still working. Sitting amidst a bunch of 20-year-olds, he was undeterred and went on to receive post graduation in Economics from Khalsa College. For this he was yoked to a moneylender with an interest of Re.1 and one anna (six paise) over the principle of Rs.66. The secret of his success, by most accounts, was his indomitable spirit and his refusal to take No for an answer. He always found a way. One very interesting episode, rather victory, is when injustice raised the hackles of a man of otherwise most gentle demeanour. Chary challenged the Presidential Ordinance and won the case. The judge awarded him an amount of Rs.5,000 and ordered the government to reinstate him with a retrospective effect. However, he refused to be back at job. With the King’s ransom of Rs.5000, he started journalistic adventures. Under the editorship of the tall personality of Mr. Sadanand, he joined the Free Press Journal writing weekly once at Rs 7 per page. Then onwards, it was a roller coaster ride-from Bombay market to Economic and Political weekly and finally to Industrial India.

Such vast experience through prestigious publications inspired him to start his very own magazine- ‘Electrical India’ in 1961 with a kitty of Rs.14,000. He had a desire to grow and achieve success in the print medium. He probably would not have ever imagined in his dreams that one day we would be known as one of the largest trade and technical publishers in India. He never looked back and went on to launch technical publications on varied subjects year after year, for he firmly believed that technology alone would lead the country to prosperity, and the best way to reach out to the masses and spreading information was through the print medium. Some of the publications that he started were ‘Chemicals & Petrochemicals journal’. ‘Agriculture & Agro Industries Journal’, ‘Indian Drugs & Pharmaceuticals Journals’, ‘Civil Engineering and Constructions Works Journal’, ‘Indexport’, ‘Machine Building Industry’, ‘Industrial Engineering and Management’, ‘Electrical & Electronics Annual’, ‘Textile Machinery & Accessories’, ‘MBI Annual’, ‘and finally he topped his publishing enterprise with the takeover of ‘Industrial India’ from Mr. N J Hamilton in 1972.

Another important aspect about him was his simplicity. Whoever met him would never leave untouched by the affection which poured out of his every word of advice. He never had an ill word for anyone. His persona till the end was marked with humility. He would often say, ‘I will remain a humble villager from south’.

Mr. Chary maintained that even in this jet age of computers and information technology, the written word will always be valued. According to him, a sure-shot formula of self enrichment and progress was continous learning. A strength that made him edit, print, publish and own magazines on a variety of subjects.

“I would tell young people to start where they are with what they have and that the secret of a big success is starting with a small success and dreaming bigger and bigger dreams,’ he used to always ponder. ‘The readers of the various publications of the Chary Group and magazines will continue to forge stronger bonds of which Mr. Chary laid foundations way back in 1961. S T Chary may have climbed his last mountain, but his dreams live on in those whose lives he has and will continue to touch.

This website uses cookies to improve your experience while you navigate through the website. Out of these, the cookies that are categorized as necessary are stored on your browser as they are essential for the working of basic functionalities of the website. We also use third-party cookies that help us analyze and understand how you use this website. These cookies will be stored in your browser only with your consent. You also have the option to opt-out of these cookies. But opting out of some of these cookies may affect your browsing experience.
Necessary Always Enabled

Any cookies that may not be particularly necessary for the website to function and is used specifically to collect user personal data via analytics, ads, other embedded contents are termed as non-necessary cookies. It is mandatory to procure user consent prior to running these cookies on your website.

SAVE & ACCEPT
Go to Top